As one of the most glamorous trucks of all-time, the 1956 Ford looks great at all trim levels on all scales. So much so, that Hot Wheels has done several castings of the ’56 Ford. Living in Hot Wheels nostalgia, is the Hi-Tail Hauler which is known for […] 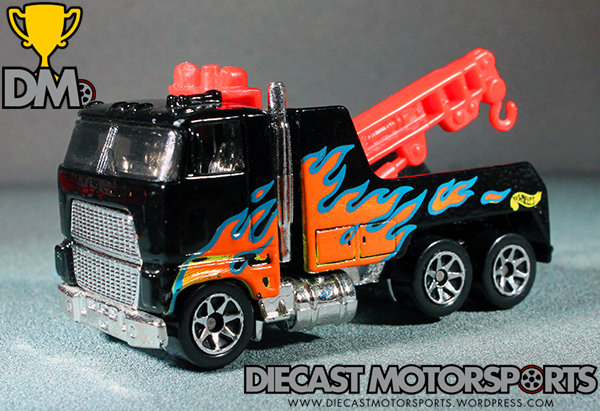 Known as the Ramblin’ Wrecker for this release, the Rig Wrecker was a semi-popular Hot Wheels casting until it was retired in 2002 2003. Originally slated to be “final run’d” in 2002, the line was dropped by Toys R Us early in the year and it ended up appearing […]

FLAME ON! We are in the dead-heat of summer and here in Phoenix, temperatures are over 100˚F on a daily basis. Still, looking at the paint job on this ’55 Chevy Bel Air Gasser has to turn up the heat. The bright orange paint coupled with the white-hot flames screams […]