A couple months ago, I did a feature on my expansive Dodge Charger Collection. While grabbing a few details about the #Auto Affinity / #Blvd. Bruisers Series releases, I came across this pair of #’63 Chevy Impalas — erroneously marked as a “1964 Impala” on their cards. They […]

The 2019 #RLC Membership #Custom Camaro is here! Decked out in #Spectraflame Black, this Custom Camaro (casting-wise) resembles the very first RLC Membership car, the #’67 Camaro. As a RLC Member since that inaugural year in 2002, I’ve been along for the ride; and while its sure been […] Last week Saturday I was showing off my Hot Wheels ’55 Chevy Bel Air Gasser collection on Instagram. Unbeknownst to me, the casting’s latest edition was being handed out at the El Segundo Mattel Employee Association’s (MEA) annual dinner dance. The #MEA Dinner Dance cars are nothing new […]

I showed this picture on the @orangetrackdiecast Instagram the other day and I was surprised at the attention it garnered. That alone tells me that A) You guys love the Hot Wheels #’55 Chevy Bel Air Gasser as much as I do, and B) I should really show […] 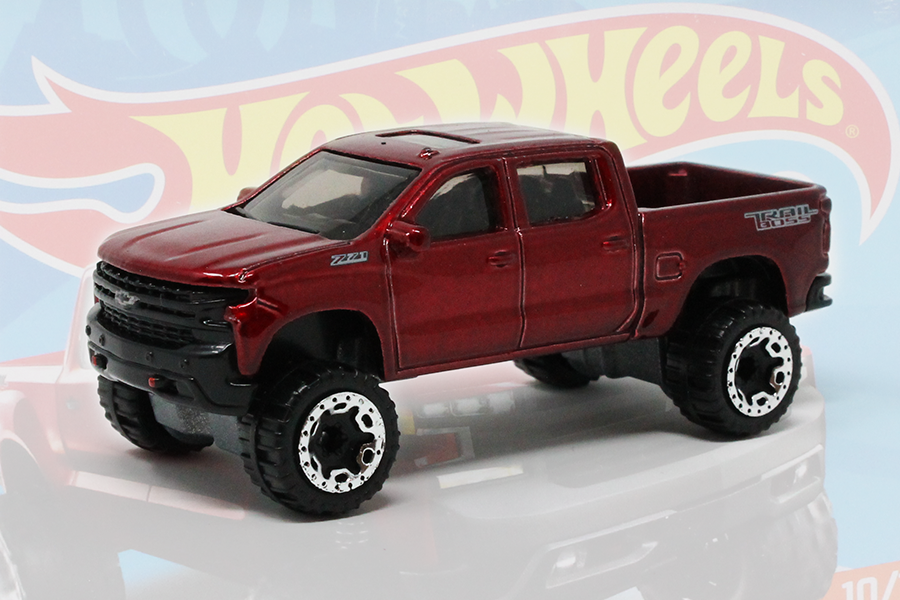