File this under cool. All-gold Hot Wheels tend to have a certain draw to them — even if they aren’t chase pieces. One of the newest all-gold Hot Wheels is from the #Character Cars line and finding it will certainly make you feel as though you’ve found something special. #Wonder Woman Golden Armor is from the yet-to-be-released, Wonder Woman 1984 (2020) movie. This eye-catching beauty may not be a chase piece, but given the silhouette of this casting, it’s not something you should look past.

In the WW84 movie, Wonder Woman’s timeline accelerates as she finds herself in 1984 facing off against some new villains. She will be fighting them in her golden armor and that is the premise of this character car from Hot Wheels. The design of the car was previewed by Hot Wheels as part of the brand’s SDCC-at-home show. In the video, you’ll see more upcoming products from WW84 and the #Character Cars line, but the one that stirred up some old “interweb chatter” is this #Charlie Angulo Design. 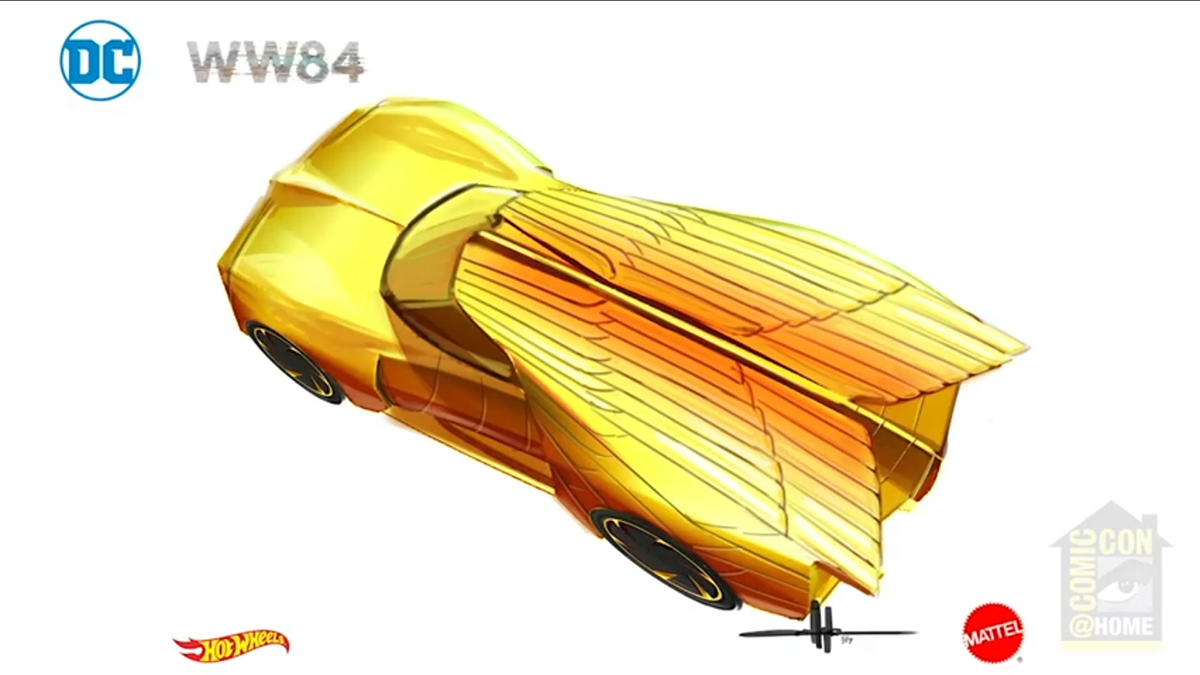 Charlie is one of the newer Hot Wheels designers. He and fellow designer Dwayne Vance have been working on #Character Cars, and from the looks of it, some of the best are yet to come. Before we jump ahead of ourselves, let’s gawk at this golden goddess. The hard-chiseled lines of this casting give this casting a different look everytime the light hits it differently. The paint on this release is (what I can only equate to as) the same paint used on the gold super treasure hunts — despite this being manufactured in Thailand and $TH are Malaysia. Its transparent, glass-like nature lets you see the shiny ZAMAC body underneath. And, just like all Hot Wheels with #Spectraflame Paint, the paint adheres quite close to the surface of the body, allowing the casting’s details to be the star.

#Wonder Woman Golden Armor is just one of those cool Hot Wheels that I had to share. From the very modern headlights to that canopy of golden feathers that leaves a very pronounced air vent on the sides; this is a very cool design that has a similar silhouette to modern exotics. The WW84 Hot Wheels merchandise seems to be trickling out slowly, as I am sure we will see more of it as we approach the movie’s October 2, 2020 release date — provided the movie (and the merch) isn’t delayed. Look for this one to pop up at stores intermittently until then.