In the 1980’s, Hot Wheels released the Cobra Stunt Track Set. It was a gravity track that incorporated an innovative track design that allowed you to create your own curves at will. You may recall the interlocking yellow & orange pieces as it was also one of the coolest looking tracks Hot Wheels has ever put out. The set even came with an exclusive Mustang Cobra. It routinely comes up on eBay but most of the time it’s incomplete to some degree.

Buying a vintage set is always an option but cost can play a factor. That’s where buying a modern substitute is nice. The Viper Bridge Attack was just released on Amazon and it is definitely a modern Hot Wheels playset that throws it back to that classic Cobra Stunt set. The flexible track is back! This time its all orange. The alternating yellow pieces from the vintage set were cool, but also very ’70s/’80s. This new track allows you to connect to any current Hot Wheels track. The two elements of the $14.99 playset that I was infatuated with — beyond the flexible track — were the Viper head and the bridge aspect. Both have a very aggressive style to them with crisp lines chiseled into the plastic they are molded from. Will it stay in my collection? Honestly, I am not sure. The kids have been clamoring for it, but I can really see the bridge working out well for future photoshoots. As much as I think it will stay in “my toy room” for now, my son is playing with it on the floor next to me so I think I can see where this one ends up. Let me know if you’d like to see this set in future OTD articles and maybe I’ll pick up another.

Did you note my usage of Hot Wheels Vipers in the photos? The set comes with the Scoopa di Fuego that is seen in the Amazon photos, so if there was a missed opportunity by Hot Wheels with this set, it was that it should have included a Viper. An exclusive Viper to this set would have been ideal. It certainly would have had the Viper collectors out there excited. Instead, I passed along the Viper love, including them in the shots versus using the Scoopa di Fuego — which prompted me to shoot a couple extra photos of some of my favorite Hot Wheels #Vipers. I included those at the bottom of this article…

To round out this feature on the Viper Bridge Attack track set, I wanted to show that the launcher for the Viper Bridge Attack is a “snake tail” slam launcher. This can also be connected to the modern orange track, allowing cars to pass through the bottom portion of it.  We connected a spring-loaded launcher that we also have. My 6-year-old prefers the slam launcher, while my 2-year-old prefers to launch the cars at the push of a button. NOTE: None of my collectible Hot Wheels #Vipers were harmed in the production of this article. Is the set a total throwback to the Cobra Stunt Set? …Yes! I am honestly contemplating getting another based on the reasoning I gave above. The playset team really did an exceptional job with modernizing a vintage favorite. In fact, this is the first time I have actually showcased a track/playset here on OTD so that should say something.

As far as the Viper photoshoot I promised earlier, here you go. I had a ton of fun grabbing some of my favorites out of my #Viper collection for this. I also learned that I need to consolidate my Viper collection into an “easier to find” format as I couldn’t even locate where my collections of the #’08 Viper SRT10 ACR and #SRT Viper GTS-R are. Needless to say, enjoy what I was able to find. I feel like a feature on the Hot Wheels Vipers may be coming…

All the colorways of the Hot Wheels Classics: ’06 Dodge Viper SRT10 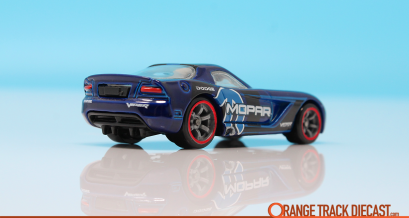 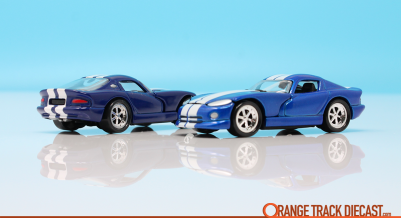 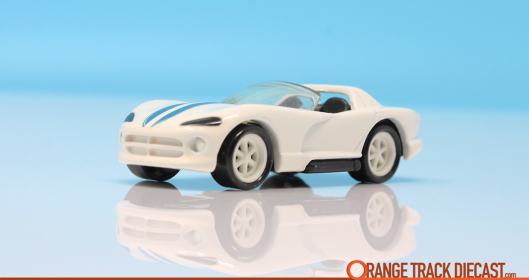