So far, the #FORZA Motorsport license has produced a wide array of track-worthy cars. The first five cars hit in the Entertainment line late last year, while this year, we got this 7-car, #FORZA Motorsport Series (2017) which retailed at Walmart for 94¢ (U.S.) and have another 5-cars Replica Entertainment series coming out next month, retailing for $5 on average. 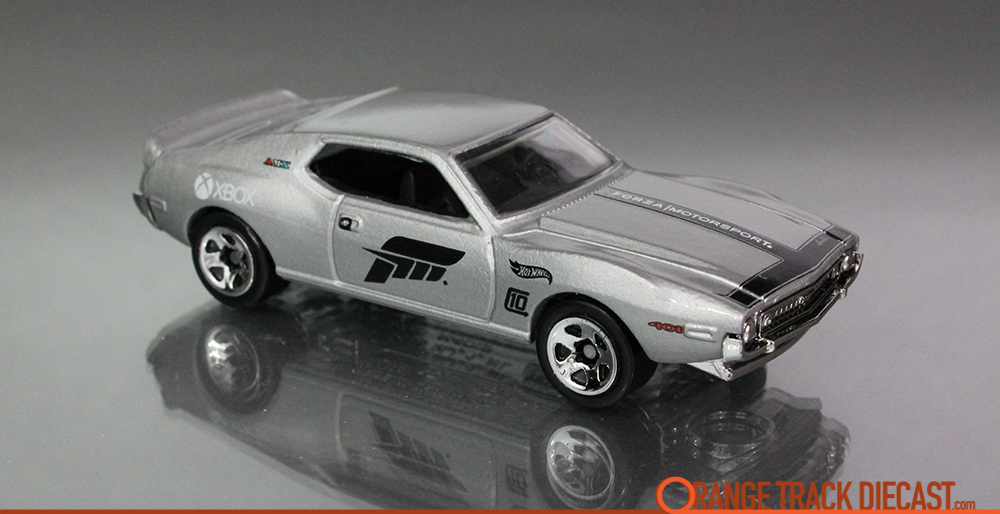 One of the favorites of the #Muscle Car collectors — who have feeling slighted a little bit as of late with the influx of JDM releases — is the #AMC Javelin AMX. Its old school muscle in a new school type of series so its a welcomed sight. The execution of this release seems flawless as the silver paint gleams in the light, and the graphics are nearly authentic — with the addition of a few sponsor logos. Its hard to believe sometimes that a Hot Wheels release this good can be had for less than a buck … queue hoarding.

The #Walmart Exclusive #FORZA Motorsport Series (2017) hit Walmart stores here in the U.S. in late September and really couldn’t have gone smoother from a collector perspective. The 6-car series even contained a #Chase car, and collectors seemed to find all seven with relative ease — which is a nice change of pace from some of the other themed assortments this year. The series has moved fast at retail as every car was a must-have for most collectors.

The #AMC Javelin AMX ended up being the lone classic #Muscle Car in the segment, but in terms of execution, it ranks among the top #FORZA Motorsport cars to be released so far.