The other day, someone at HotWheelsCollectors.com asked collectors to “Show Off The First Super T-Hunt You Ever Set Free”. It made me think as I did not have much luck finding any supers in 2007 (the first year of the Super Treasure Hunt). So I began to wonder what was the first Super TH of mine to have its cardboard thrown into the garbage can. The answer: the ’06 Dodge Viper Coupe from the 2008 Treasure Hunts Series.

As a collector of the Hot Wheels ’06 Dodge Viper Coupe casting (along with all Hot Wheels #Vipers), I had to trade a fellow collector to get a hold of both Super and Regular Viper. I wasn’t really an opener back in 2008, but I had started to open any casting that I collected so I could display them with all the other versions.

As you can see, these two make a great pair! I do love the bright orange paint on the Regular TH as I actually preferred it at the time, but having the Super TH in my possession — LOOSE — has really made me appreciate the Spectraflame Dark Orange used on this Super TH release. It actually reminds me of the factory “Toxic Orange Pearlcoat” used at Dodge in the late 2000s. While these versions of the ’06 Dodge Viper Coupe are long gone, look for the new ’06 Viper in black as part of the Gran Turismo Series. 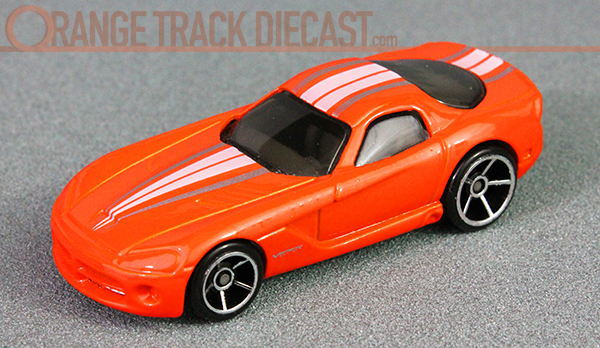