The 2014 Hot Wheels Entertainment Line brought us some cool new Hot Wheels vehicles from some of our favorite movies and TV shows. The Koenigsegg Agera R from the 2014 movie, Need for Speed is one of them. Aside from being an awesomely fast and beautiful car, it has fallen into the circle of demand as of late.

Despite not being true to the real car’s front-wheel to rear-wheel size ratio, the Hot Wheels Koenigsegg Agera R still is a great representation of the car with just a slightly larger rake–the iconic Hot Wheels “California Rake”. That, however, is not the sentiment behind the article written over at the collector favorite, Lamley Group Blog. 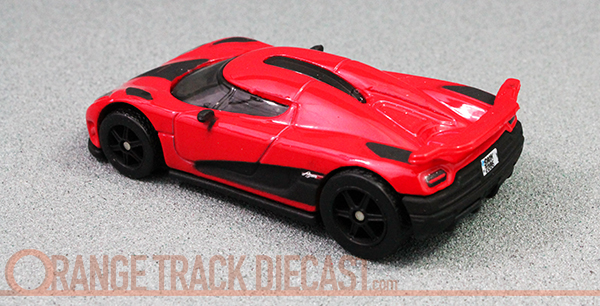 So why has the demand for this vehicle risen?

Well, one can only speculate at this point why these are going for roughly $17-$20 on the secondary market. There is always the coolness demand factor. There weren’t many of these produced and we may never again see this casting from Hot Wheels. It did not stick around the pegs for long (if it even made it there), while the ’57 Chevy & ’71 Mustang from this mix did. Its HEAVY. For a small car, its actually pretty heavy with its metal body and metal base–imagine how fast it would be on track if this casting sported Faster than Ever or High-Speed Wheels! Lastly, it was prominently in Need for Speed (check clip below).

So while it remains to be seen as for the reason behind the sudden surge in secondary market prices, this red Koenigsegg is one sharp car. One can only hope Hot Wheels releases the other two that were featured in the film (also in the clip below). Please feel free to leave your speculation in the comments section below. 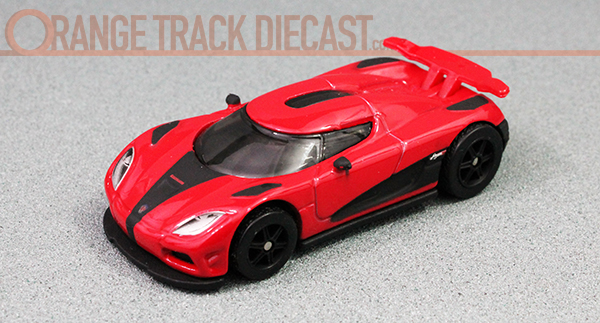 To truly appreciate the Koenigsegg Agera R, you have to see the real thing in action. Check out this clip from Need for Speed: