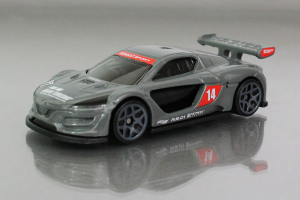 Sometimes you just know you like a new casting, right? You say to yourself, “Wow, I want to get every one of these!” upon finding that initial release. That was my sentiment in 2016 when the Hot Wheels #Renault Sport R.S. 01 made its debut, which I proceeded […]

Now that all of the #2016 New Models have been released, its time to look at our TOP 10 from the licensed side since we already checked out the TOP 10 Hot Wheels 2016 New Models from the UNLICENSED side. 10. Nightburnerz: ’69 Corvette Racer The was the last 2016 New Model […]