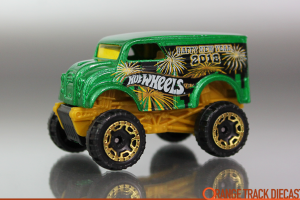 Around this time last year, collectors were occupied with trying to track down the #2017 Hot Wheels “C” case assortments at their retail establishment of choice. In that assortment was the #Holiday Racers #16 Angels which sported “HAPPY HOLIDAYS” graphics for Christmas 2016. Just like this year’s Screamliner, […]

Christmas is only four days away and Hot Wheels has made sure to include Santa’s latest whip in the #2018 Hot Wheels “C” case — the #Screamliner — which started hitting retail in the U.S. earlier this month. Originally designed by Larry Wood, the Screamliner is art deco […] 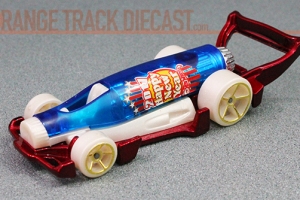 Happy New Year! Over the years, the #Carbonator has become the unofficial Hot Wheels car of the new year. Since 2012, this multi-purpose casting has been used to ring in the new year. From 2012 to 2016 it was a #Chase piece included with the #Walmart Exclusive specialty lines (Cars […]