Two weeks ago I found the 2018 #HW Exotics 5-Pack at a Target here in the United States. This came only days after these started appearing in Australia — a market that has traditionally got 5-Packs a month ahead of the U.S.. As you can see, the pack itself features five #Exotic cars which are all #5-Pack Exclusives.

I’ve been watching the reviews of this 5-pack on some of the YouTube channels out there and a lot of the collectors doing them seem to name the white McLaren F1 GTR their favorite car. It is a nice release as the lack of side graphics allow for some killer headlight tampos, however, my favorite comes from a place of bias… the #Jaguar XJ220.

I guess you could consider it my first casting that I officially collected so it holds a special place in my heart. Ever since winning the 1993 release at my dad’s company picnic 25 years ago, I’ve had an affinity for the car — 1:64 and 1:1. At one point in time it was the fastest production car ever built, but it was the styling and shape of the body that just looked like nothing else. Despite my love for it, the casting does look a little funky because when #Larry Wood Designed this casting, he gave it the old “Hot Wheels rake” with the larger set of rear wheels. 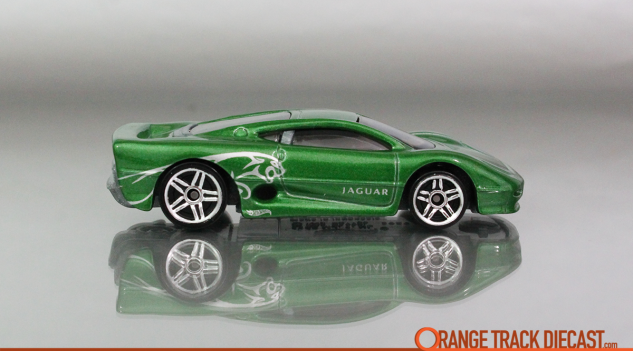 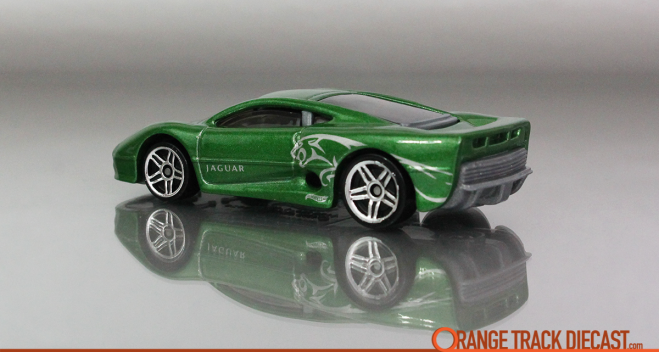 Upon seeing this #HW Exotics 5-Pack release of the #Jaguar XJ220, the #Jaguar graphic on the side immediately reminded me of a prior release of the casting: the 2001 Company Cars series release. This mainline segment series of four licensed cars had their manufacturers’ logos on them, but none of the three looked as great as the XJ220 did. At that point in time, I actually remember it being one of my favorite XJ220s to date.

Getting back to the #2018 Hot Wheels release however… As you can see below, the graphics may have been done in a similar fashion, they are not nearly as close as they are to another former release…

I’m not sure why I didn’t think of it sooner — and especially because both cars are green — but this #HW Exotics 5-Pack release has a #Jaguar graphic that is a lot closer to its 2010 Speed Machines release. The 2018 release certainly has the better Jaguar graphic of the two, but its the 2010 release that is far superior with its racing number, co-mold wheels and British green paint.

With these two cars out, I did notice that the #Jaguar XJ220 casting had been updated. This new release was made in Indonesia and features a gas cap behind the side windows, whereas that feature was not on the older versions of this casting. Was this new? Nope. If you check out the 2016 Gran Turismo release, you’ll see that the casting was updated somewhere between its 2010 Speed Machines release and that one. It also appears the details in the rear spoiler have been softened. So while the #HW Exotics 5-Pack is in stores now, and most other collectors will be ranting and raving about the other four cars in this 5-pack, don’t sleep on this #Jaguar XJ220. Being that its 25 years old, I think its finally okay to call this a classic Hot Wheels #Exotic casting. Its one of my favorites and looks great in green once again, as part of this new 5-pack.