While I have at least two other #Minecraft #Character Cars to share with you in the coming weeks, the one we are going to look at today is the #Enderman. Even though I know next-to-nothing about Minecraft, I can tell you a few things about the design. First, Enderman refers to a singular occurrence as Endermen are beings within the Minecraft world. Endermen are tall, black and skinny and feature long arms & legs. Their eyes — which are represented by the windows on this vehicle — are purple, and they have this purple-colored “magic dust” floating around them which I can only assume helps them teleport within the game. This “magic dust” is seen in the graphics scheme on the front of the car.

Endermen are known to pick up blocks from time to time so Bryan was sure to add this characteristic to the casting by ways of the “opened trunk” with said block in the back. The block shown in the trunk on this release is the “grass block” but Bryan said, if/when there are future releases, the goal is to feature a different type of block in the back — TNT maybe??? 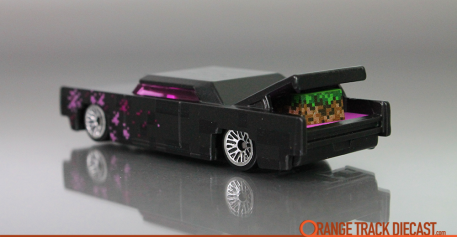 Turning the Hot Wheels #Enderman over, reveals an icon on the base. All the #Minecraft Character Cars have them. I believe the icon on the bottom of the Enderman to be the “Ender Pearl”. Apparently, when you defeat an Enderman, an Ender Pearl is left behind and it is a tool you use to help you find the end of the game.

As cool as all these tidbits are — and I’m sure I am missing others — traditional Hot Wheels collectors are attracted the to vehicle’s #Lowrider stance that almost resembles a futuristic version of an old Lincoln Continental. The metal body on this casting has some good weight to it, giving it a smooth, premium feel. If you would like to grab the Hot Wheels #Enderman for yourself — or for that kid you know that is obsessed with #Minecraft — check your local retail stores now as the have just began showing up a couple weeks ago, and the Enderman does not seem to be lasting long. 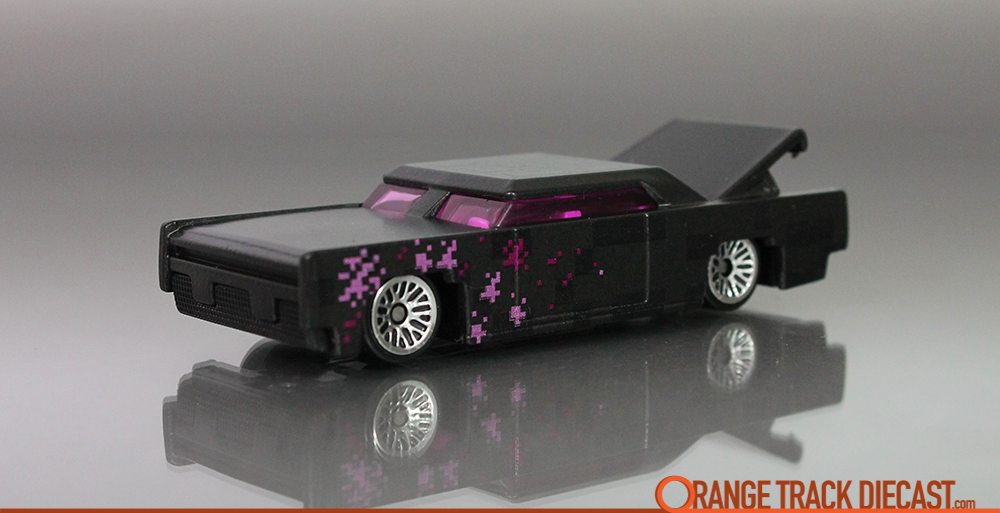 For additional material on the Minecraft Character Cars, check out the Bryan Benedict Q&A interview with Minecraft.