05/27/2017 — Minion-mania will finally hit the Hot Wheels brand as six vehicles will wear your favorite Twinkie-shaped creatures from the Despicable Me movies. With the new Despicable Me 3 movie being released on June 30, you can bet you’ll see these in the next month or so, as they are presumed to be a #Walmart Exclusive. If they are, they will be essentially leap-frogging two series collectors have eagerly been awaiting, the second #Camouflage Series and the #Lamborghini Series (2017). We will update this post as more details become available. Below is the list of vehicles found in the series.

UPDATE 06/26/2017 — This series will not be a Walmart Exclusive, but rather a series that the smaller retailers receive — similar to the Gran Turismo series from last year. My local Kroger affiliate (Fry’s) already has pegs for this series meaning it should be hitting very soon. 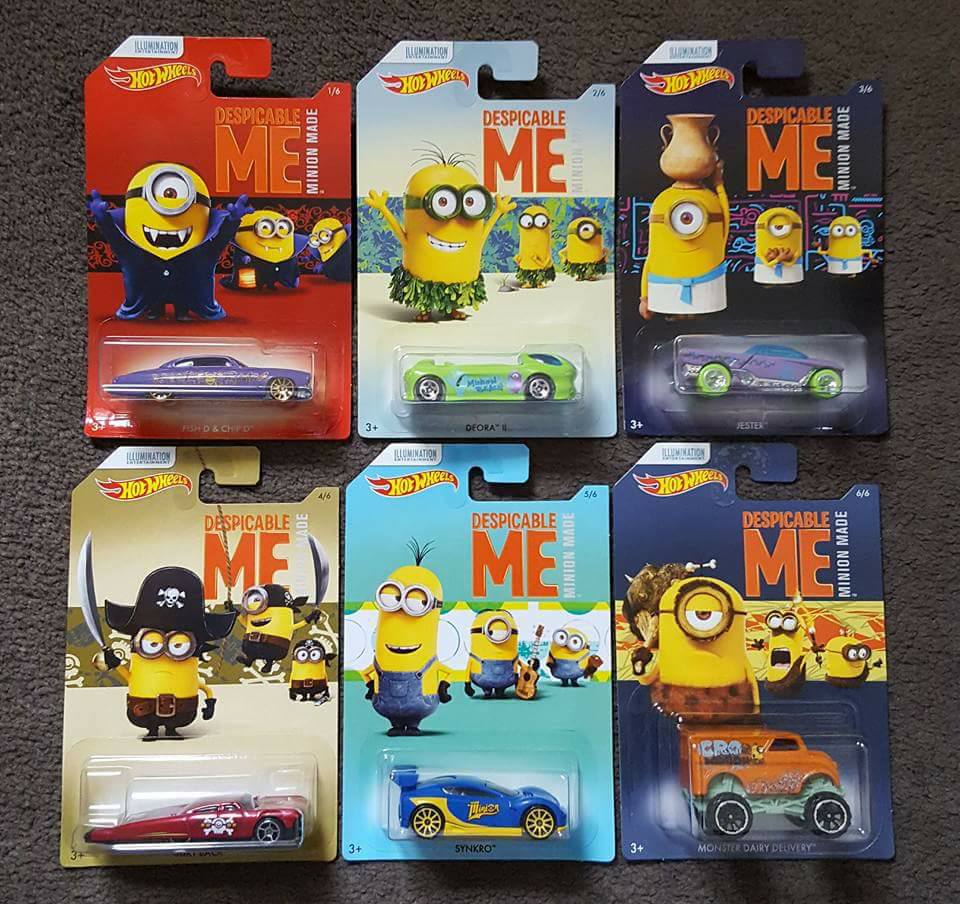