The Chrysler Pronto was the #Concept Car version of what was ultimately released as the PT Cruiser. Hot Wheels never produced the PT Cruiser which was ultimately discontinued by Chrysler in 2010. It had a pedestrian reputation with Millennials who nicknamed it the “PT Loser” as it was often seen as an elderly person car. So it makes more sense as to why Hot Wheels, a brand that prides itself on speed, power & performance, stayed away from this model and continued with the sportier concept model in the Chrysler Pronto.

Probably the least favorite casting of collectors in the brand-new HW Flames 5-Pack, it was a questionable decision as to why it was paired with an El Camino, a Viper, a Corvette and an old, Custom Chevy Truck. But that’s kind of been the story of this late ’90s concept car … from its initial #First Edition in 1999 until 2002, the Hot Wheels Chrysler Pronto had numerous releases. After 2002, the Pronto disappeared for 7 years until it popped up in an all-exclusive Hot Wheels 10-Pack. 3 years later, it was a premium car in the Concept Series of the Hot Wheels Boulevard line. And 4 years after that, you have this #5-Pack Exclusive version from the HW Flames 5-Pack. 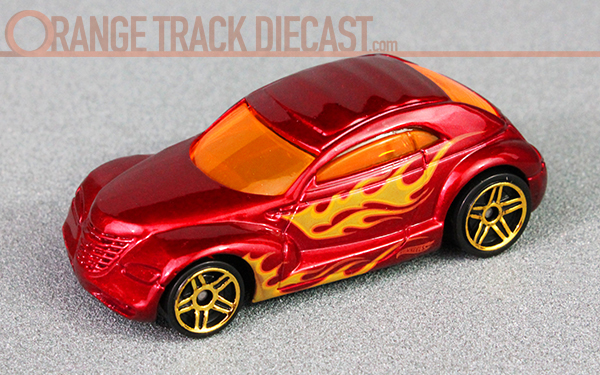