8/16/2020 — With the 34th Annual Hot Wheels Collectors Convention still scheduled to take place in less than two months, the convention organizers, Collectors Events Unlimited (CEU), have undoubtedly kept the excitement building with a pair of sneak peeks. The first, came two weeks ago as the Blood Shot Willys Gasser was unveiled. Today, they unveiled the second which will be another casting that is making its convention debut: the #Custom ’93 Nissan Hardbody (D21). 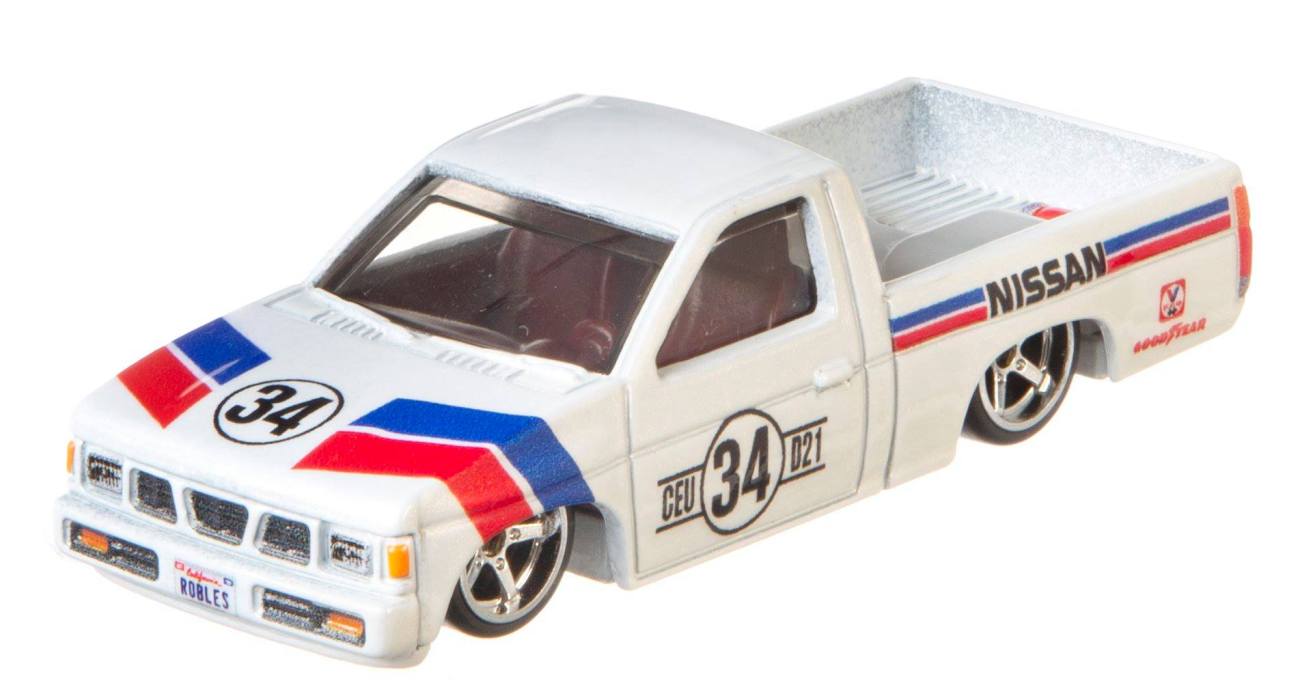 The deco is very Nissan with those blue and red stripes over a white body, while the #34 is a nod to it being the 34th Annual Collectors Convention. “CEU” makes it onto the sides as well as “D21”.

The thing to take away from today’s unveiling is that with the ’41 Willys Gasser and this D21, it could mean that CEU has chosen to with a new slate of castings in the wake of Datsun 510, Bel Air Gasser, and VW Drag Bus fatigue. It will be exciting to see what else CEU has planned for us. 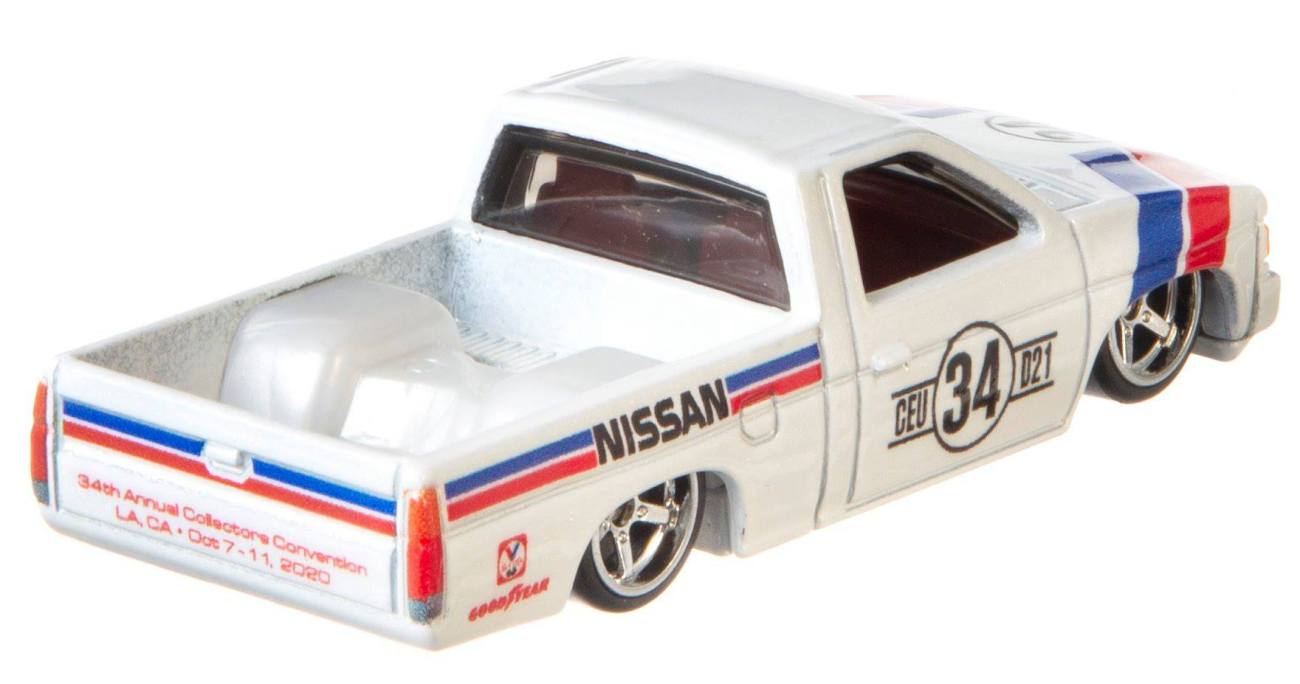