You have to give it up to the person who came up with the #Target Exclusive #Retro Style Series, as this series has been full of classic castings (mixed with modern ones) complete with some retro style graphics. Although the series retails for $1.29 at Target stores here in the U.S., the extra 30 cents or so has been worth it to have a couple metal/metal castings, as well as some classic castings brought back like the #Combat Medic. 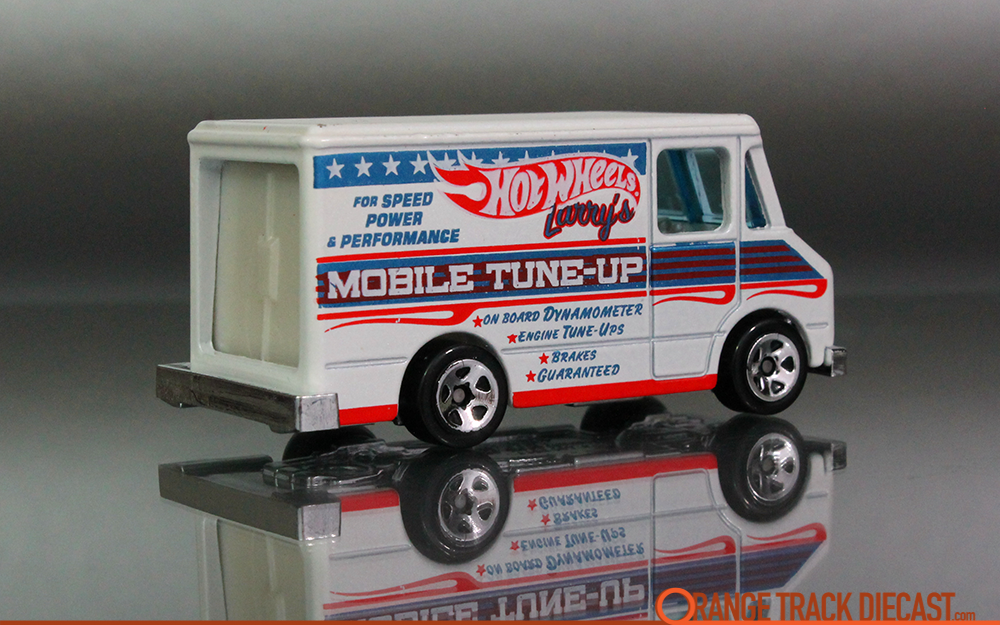 This #Retro Style Series release of the collector-favorite, #Combat Medic, is Evel Knievel meets Larry’s Garage. The red and blue graphics on pearl white body are reminiscent of the late iconic stunt man’s attire, whereas the graphics almost look like they could be from one of the 1980s Hot Wheels lines — back when #Larry Wood Designed this casting. The Retro Style Series graphics adhere to the brand’s standard of “Speed, Power, Performance and Fun” and these graphics do not fall short … especially with “For Speed, Power & Performance” on the sides, right next to “Larry’s Mobile Tune-Up”.

For more pictures of your favorite Hot Wheels, check out @orangetrackdiecast on Instagram!