Last week Friday, #30th Annual Collectors Convention goers we speculating what the #RLC Party Exclusive would be at the #RLC party that evening. Around midday, news broke (for RLC members only) that the traditional HotWheelsCollectors.com sneak peek was up and it was what many collectors had already speculated, the #Datsun 240Z. 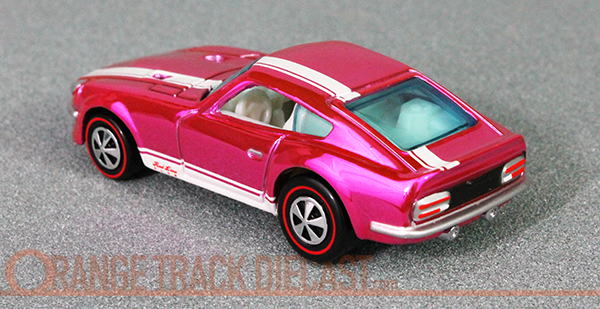 It didn’t take long for the confirmed news to spread as I heard many offers floating around the convention floor and up in the room-to-room trading floors hours before the party even started. Consensus was that this one was going to be hot and very desirable in the #JDM community as the Honda S2000 from the previous night’s dinner was already fetching a premium at the convention and secondary sales sites. Well, the general consensus was right as the RLC Party Datsun has been fetching numbers north of $100 since it was released last week Friday.

While north of $100 is a high price to pay for a toy car, those of us that got ours for a substantially lower figure are ecstatic as this piece elicits great design combined with incredible craftsmanship. It signifies the long-awaited return to the #Spectraflame Paint over Hand-Polished Chrome that was announced at the very beginning of the year. Besides the paint being incredibly smooth (no more “orange-peel effect”) the base now reads “CHINA” which means it was produced at the new manufacturing plant — bye Malaysia plant … and your orange-peel, mirrorized zamac spectraflame. Quality is back at the #RLC and (hopefully) its here to stay! 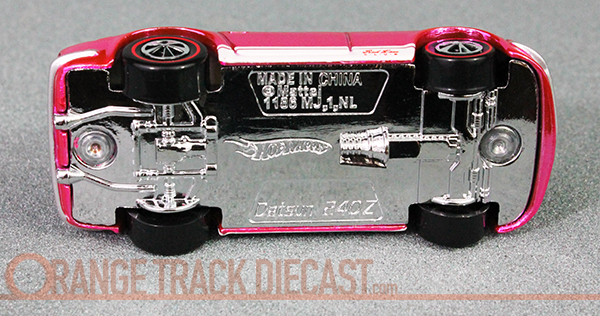 On a personal note, the #RLC Party Exclusive #Datsun 240Z is much more than another Hot Wheels car. Its a car directly associated with fond memories as this was one of two RLC parties I have attended. Unlike the other — which I attended in Chicago in 2005 — my role in the community is much more prominent and I was very fortunate to be able to converse with so many great people at Mattel and in the collecting community. Its even the numerous, embarrassing moments from that evening that I’ll never forget … attempting to liven up the crowd with an impromptu, off-key version of “Sweet Caroline” and reading a raffle ticket wrong and having close to 1,000 people realize your mistake — but I digress. So while some may see just another high-priced, over-hyped #JDM release, I see a piece of zamac and plastic that seals in the memories of a very fortunate (and embarrassing) evening. Instant nostalgia … gotta love it! 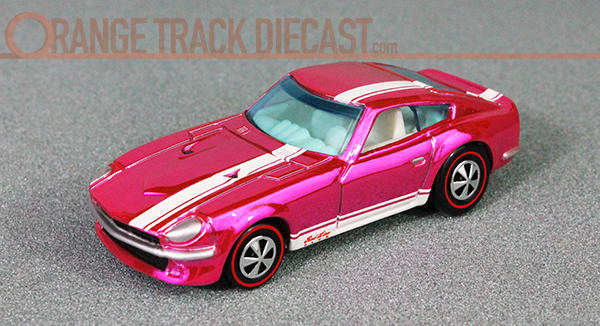