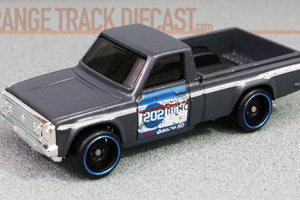 Chances are, you’ve seen the brand-new #Mazda REPU at retail already as it was released earlier last month in the #2017 Hot Wheels “M” case assortments. To some, it may just be “another light truck”, but to others its the world’s first and only Rotary Engine Pick Up […]