The Crown Royal 400 at the Brickyard (Indianapolis Motor Speedway) is today and while Hot Wheels does not have a presence at it this year like they did with the Indy 500, we are celebrating Brickyard-style just like we did with the Race Team Series I: Hot Wheels 500 […]

Today is the 100th running of the Indianapolis 500 and Hot Wheels has as big as a presence as they have ever had as they are one of the official sponsors of the event. From distributing an official car for the event (included with the $25 program purchase) […] 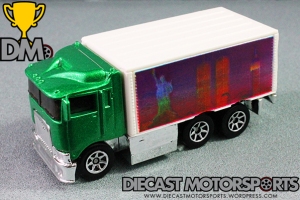 I always stress rediscovering your collection here at Diecast Motorsports as it takes your mind off of always obtaining the lastest diecast vehicles. Its always important to experience the journey and not just focus on the end result. If you abide by this philosophy, you’ll find yourself appreciating […]

Known as the Ramblin’ Wrecker for this release, the Rig Wrecker was a semi-popular Hot Wheels casting until it was retired in 2002 2003. Originally slated to be “final run’d” in 2002, the line was dropped by Toys R Us early in the year and it ended up appearing […] 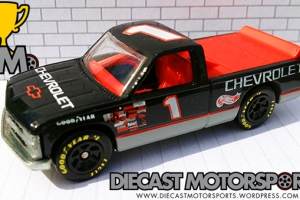