4/8/2018 — One of the events Hot Wheels convention goers look forward to most is the Finale. This Saturday night spectacle serves as a wrap up to convention week where award winners are announced, “thank yous” are said, and ticket holders get a free car — this year, was the first time you could purchase a second thru a pre-sale months earlier. The car itself is always a surprise, and let just say attendees were quite satisfied with this year’s car.

Among the highlights of the Finale is the Sneak Peek slideshow that Mattel brings to showcase some of their upcoming Hot Wheels product. A special thanks goes out to Bruce Nesslage for capturing these great images of the slideshow and to Tim Callo for trying (*coughs* Andy Wu…). Without further ado, here is what was shown… 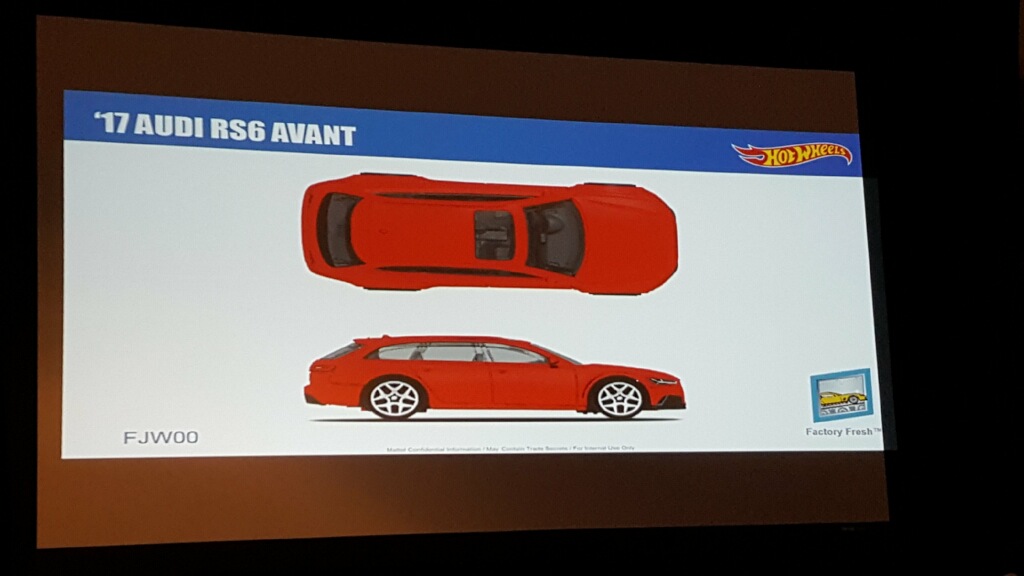 Jimmy Liu’s Prius… not really happening… outside of Jimmy’s head. 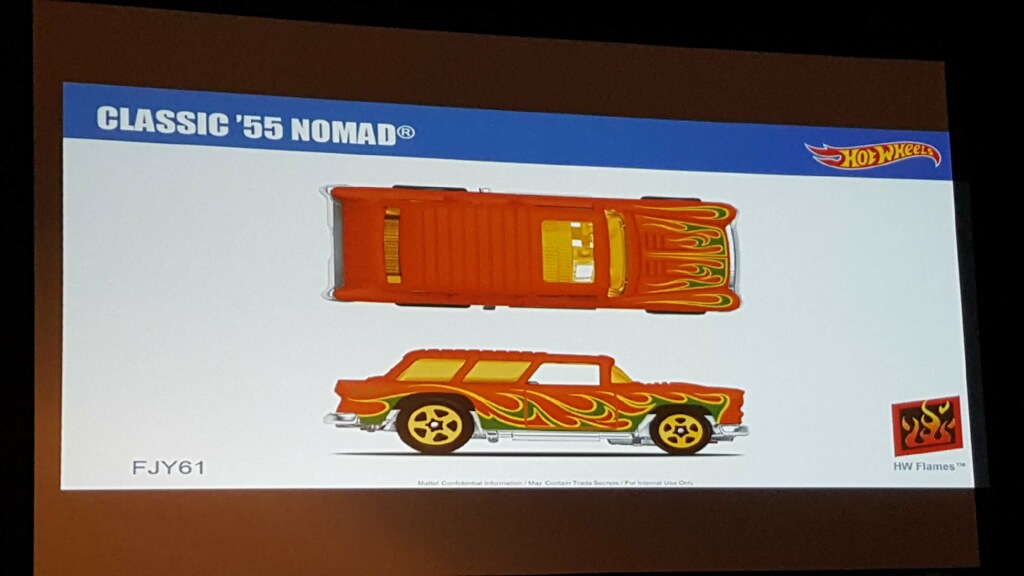 Zoom In designed by Dmitriy Shakhmatov (Dima) … allows for you to attach your GoPro.

Recolor of ’18 Camaro SS in blue

Recolor of the ’17 Jeep Wrangler designed by Phil Riehlman 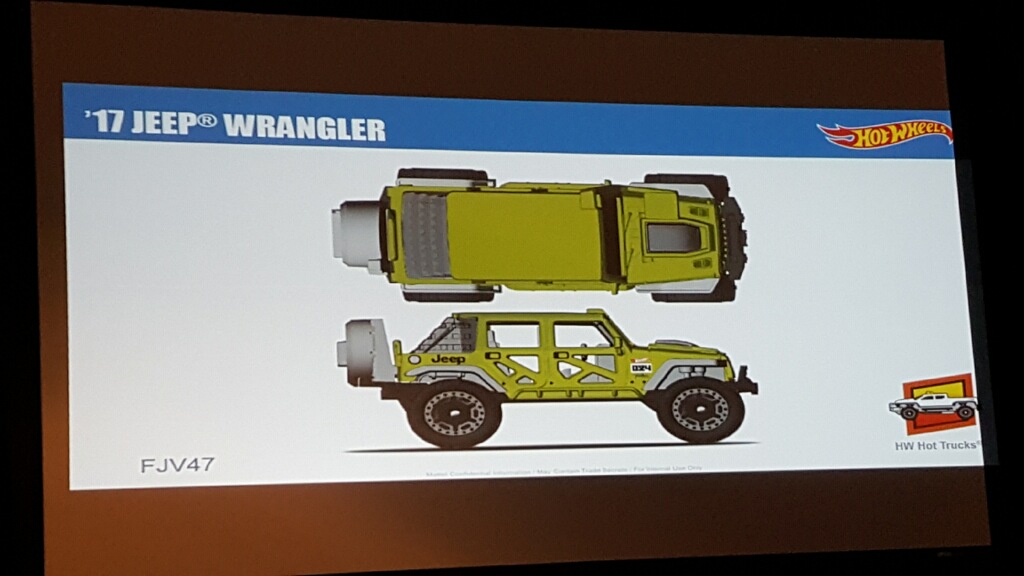 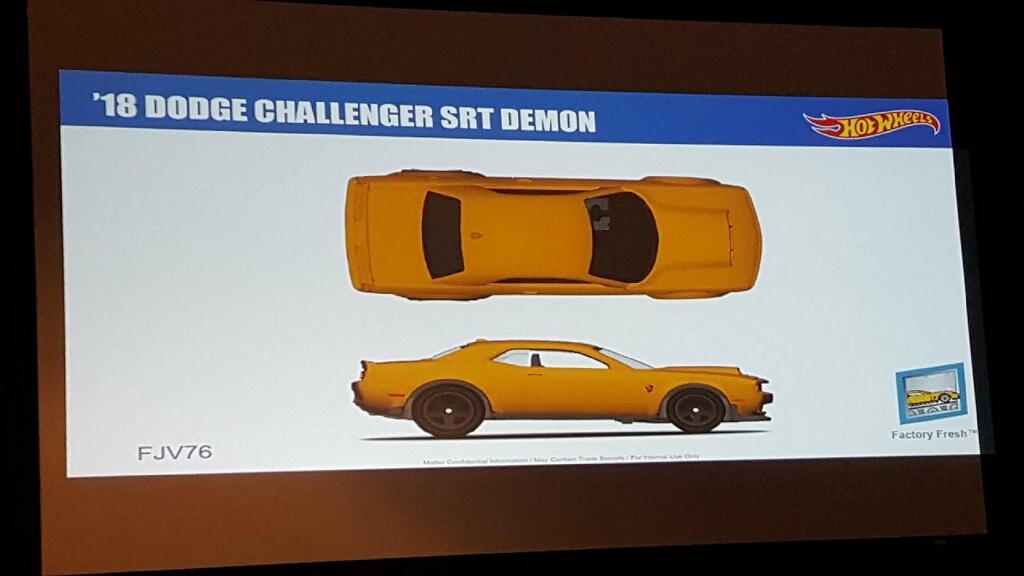 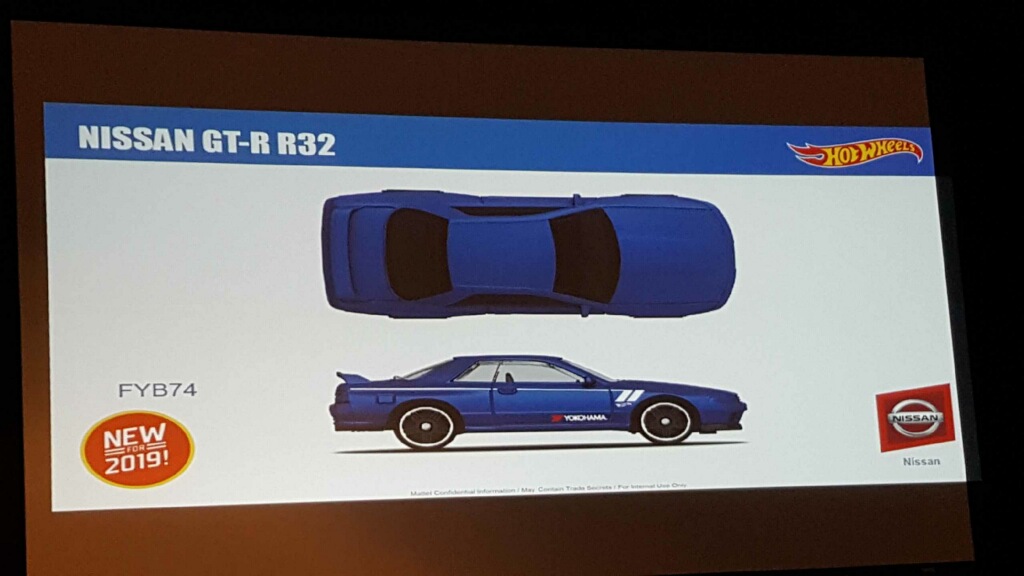 First Super Treasure Hunt of 2019, the ’90 Honda Civic EF … using a brand-new Spectraflame which all Supers in 2019 will use. The paint is over plated bodies similar to what the classics used. 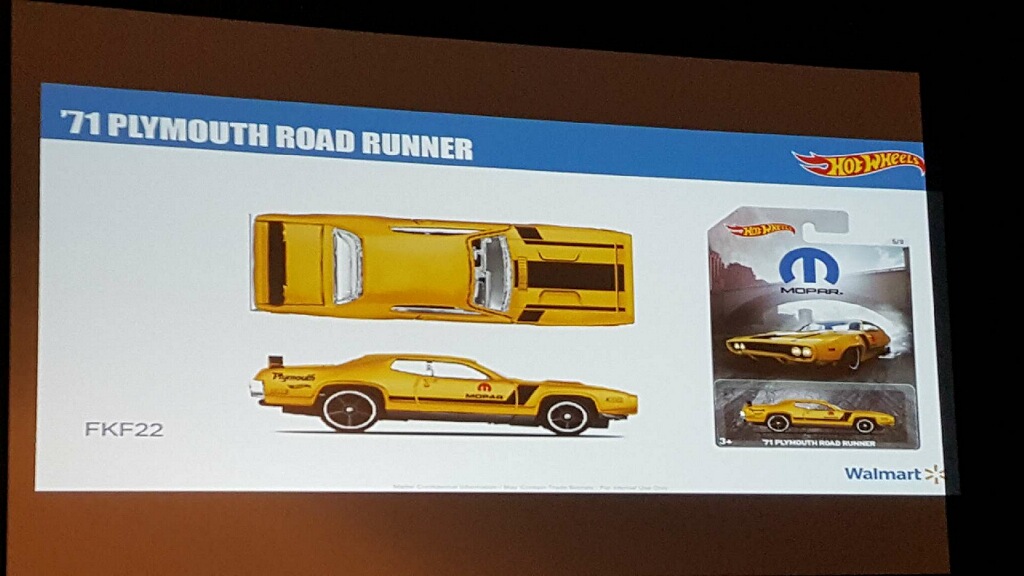 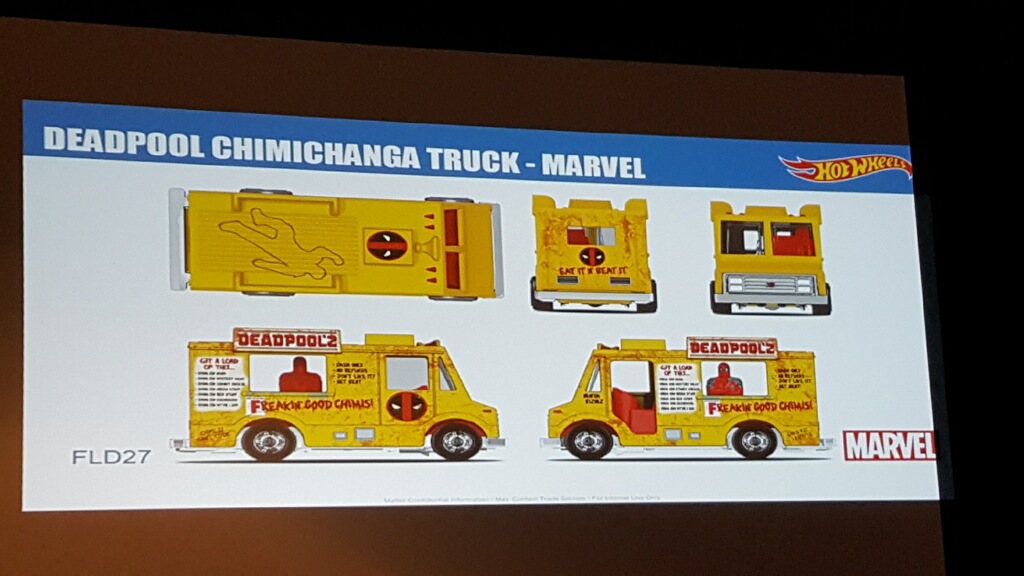 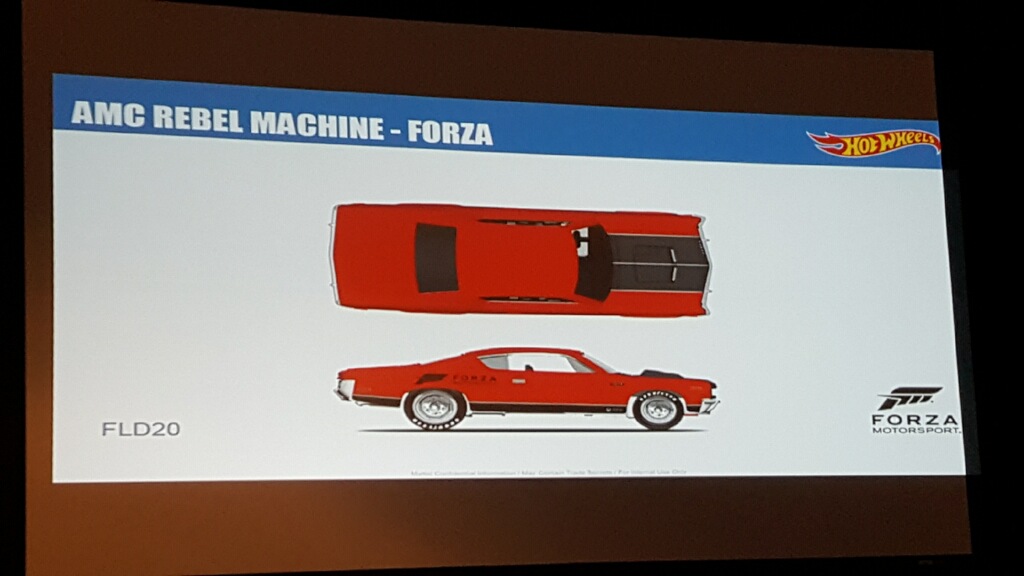 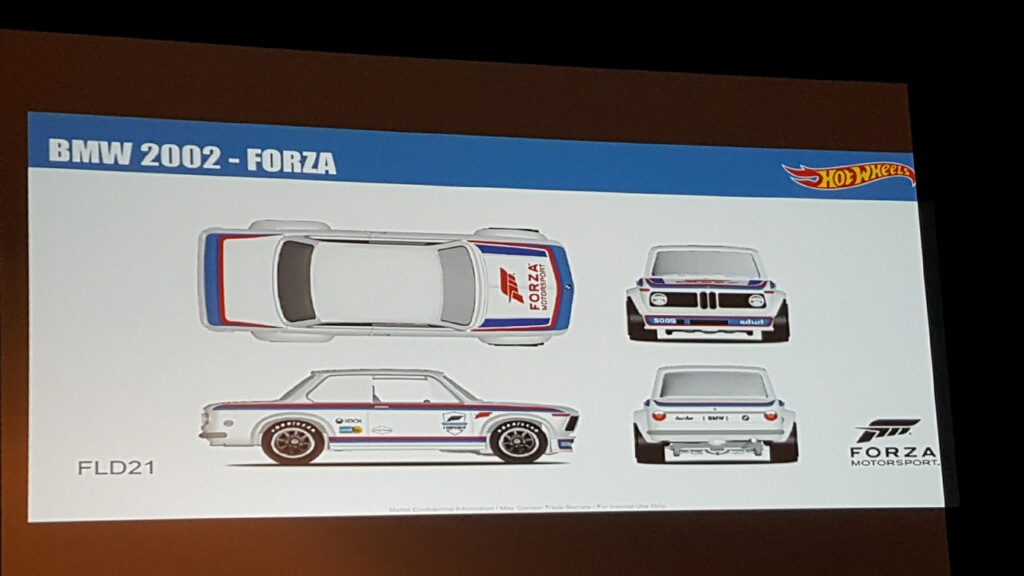 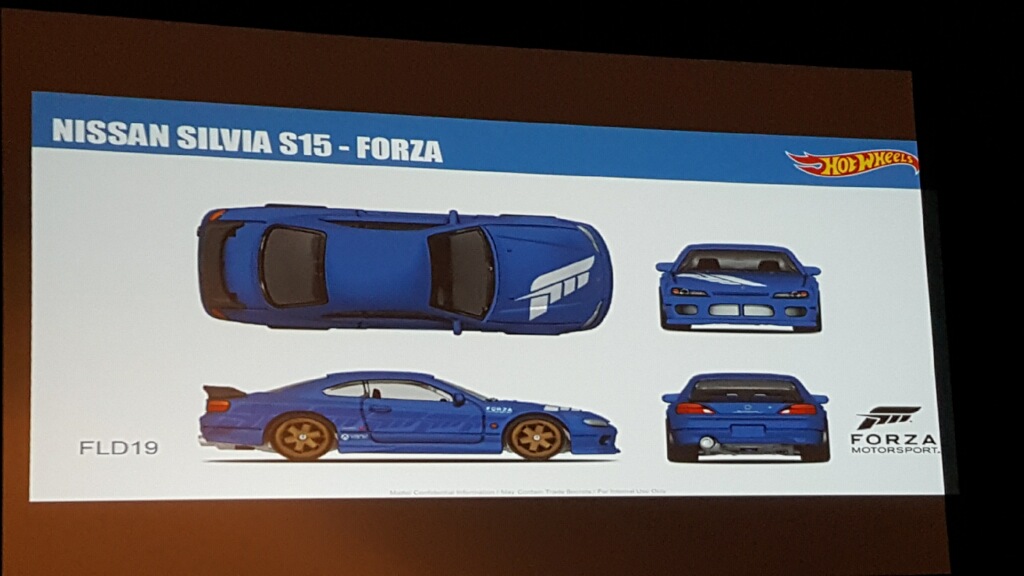 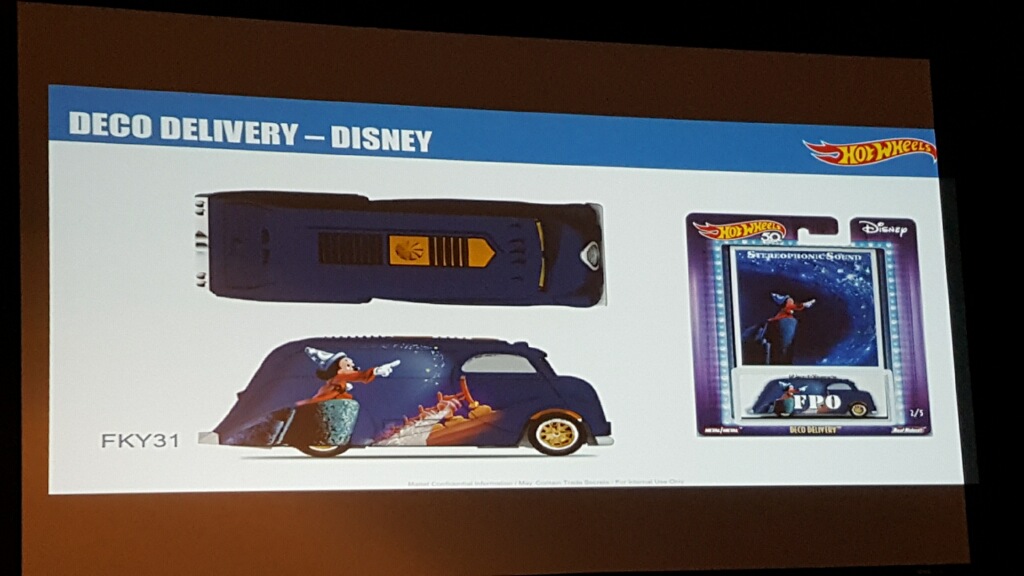 Volkswagen Caddy (Shop Trucks) … first use of a diecast base for this casting. 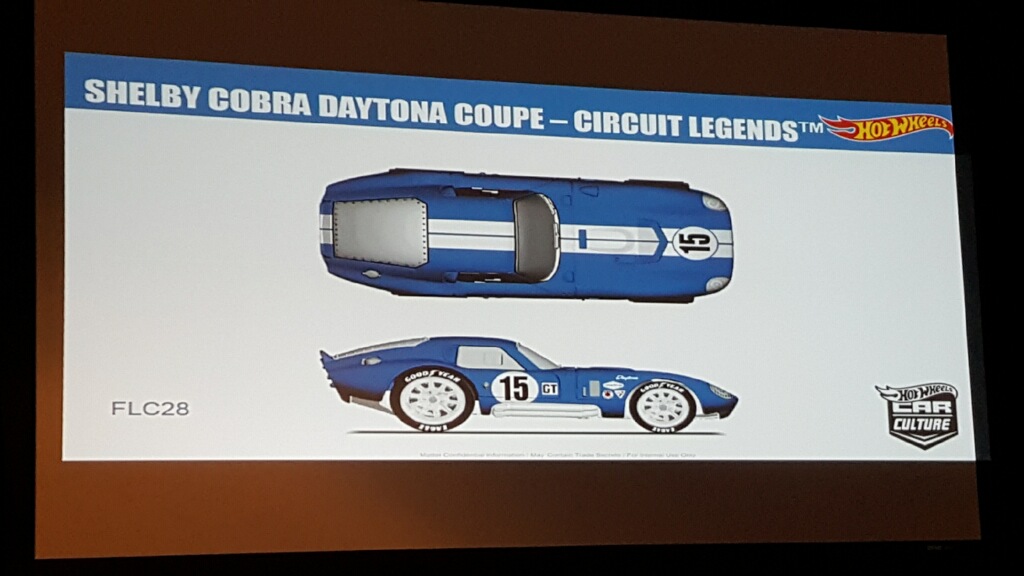 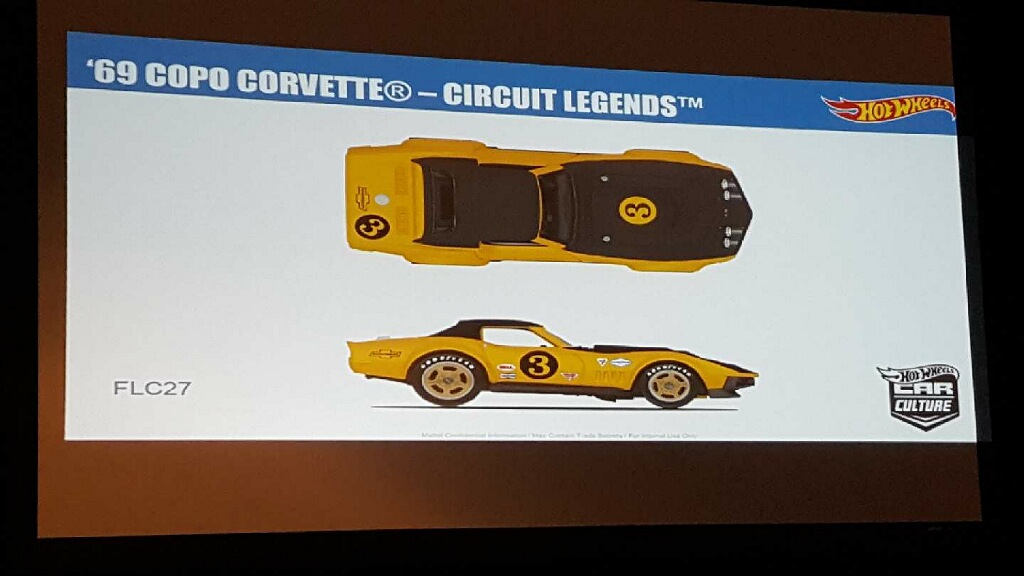 Mazda 787B (Circuit Legends) with tilt-up back 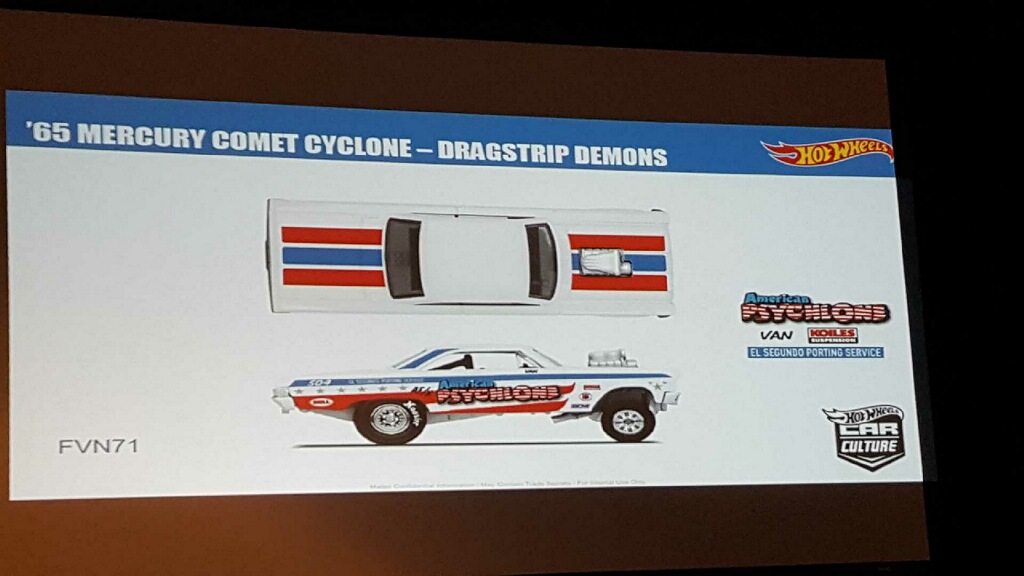 Retailing at $13, at Target, Walmart and Hobby Stores. 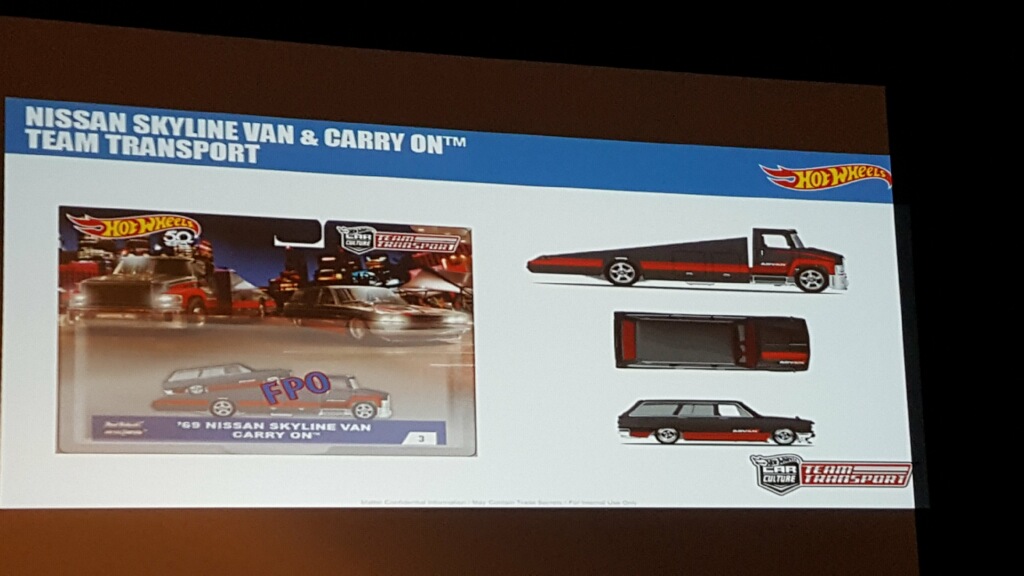 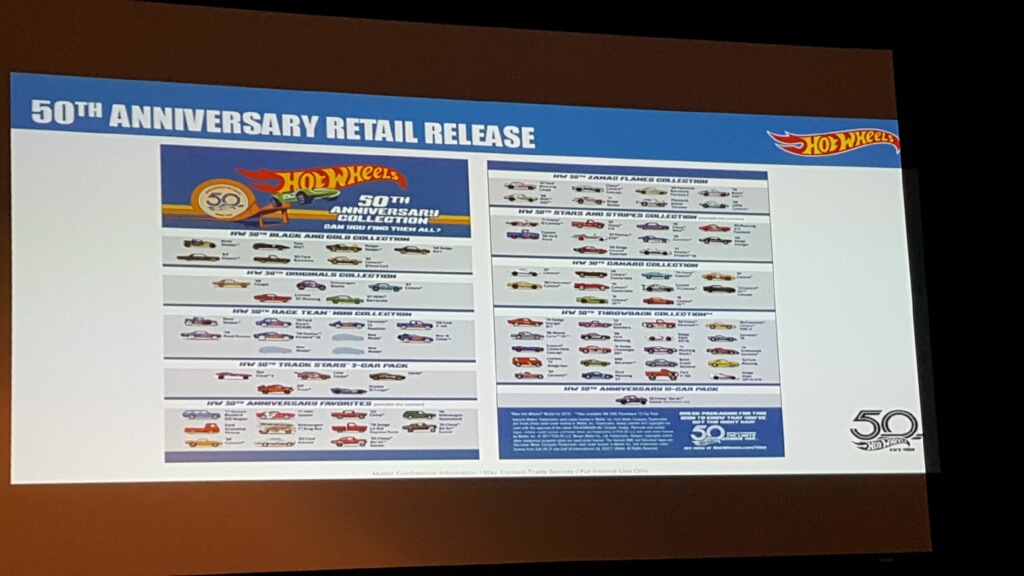 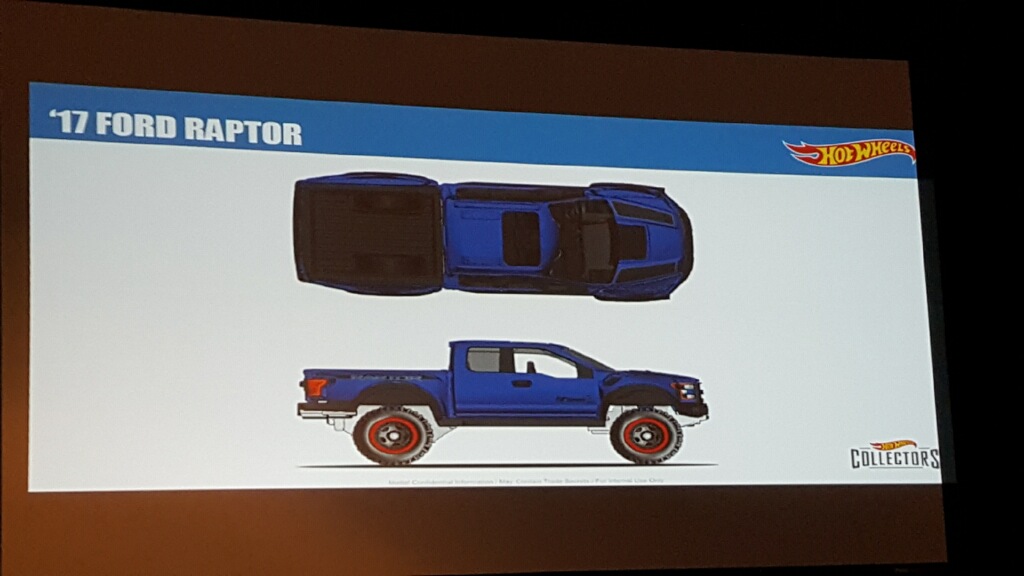 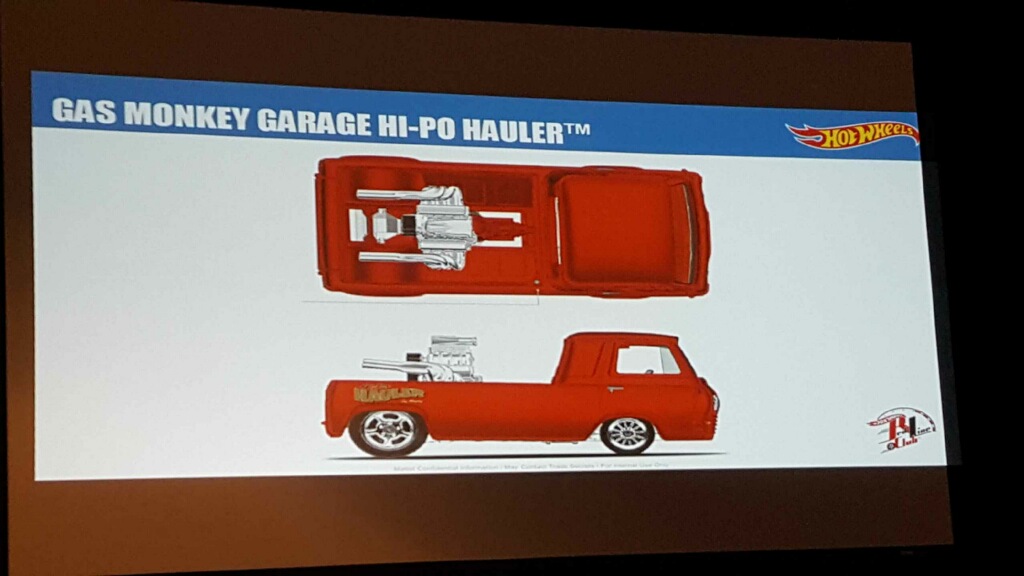 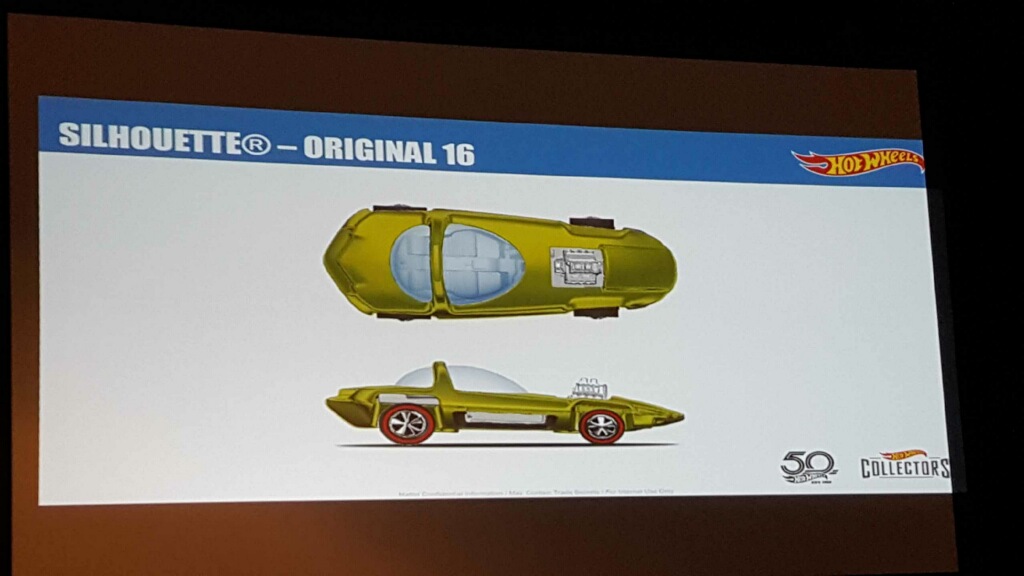 The Hot Wheels Original 16 Set has officially been announced…

And Finally, a tribute to the white enamel Custom Camaro 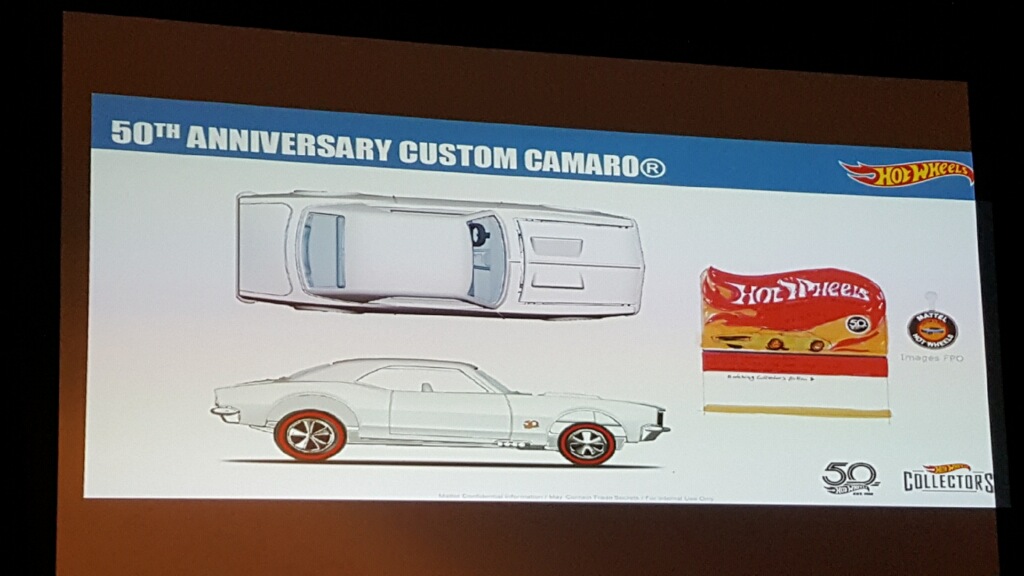 Hot Wheels Legends 50th Anniversary Tour announced. Starting in LA April 28th, it will have 15 stops in the United States (one being Dallas) and from each stop, one car will be chosen to bring to SEMA in Las Vegas. This is will be “NEW ORIGINAL 16” for the next 50 years and one of those 16 cars will be made into an official Hot Wheels car. Judges will be from the Hot Wheels Design Team and local celebrities.