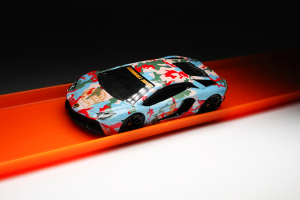 Collecting Hot Wheels by casting is fun. When you assemble a “family” — comprising of multiple releases of one casting — its a cool feeling as there is a sense of accomplishment that goes along with it. Also, its fun to see how many ways one 3D object […]

Just last year, the 1988 casting of the #Lamborghini Countach was revived for the Walmart Exclusive Lamborghini Series. This year, there is a new version of that famous 1980s #Countach design. For far too long, many collectors couldn’t tell where the wonky design of the original Countach casting […]

The #Walmart Exclusive, Hot Wheels themed assortments have been a blessing, and a curse. At the time I am writing this, I literally just got back from a late-night Walmart run and saw a whole end-cap display full of the 2nd wave of the #Camouflage Series — sans […] 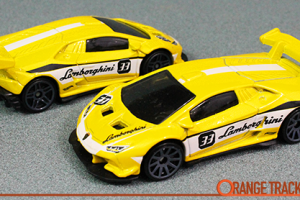 Wheels #Variations. For the longest time, I didn’t even recognize them in my own collection because collecting in the ’90s yielded all types of them. Back then, production of a specific mainline car could last months versus the several weeks we see now. It was often rumored that […]

#Lamborghini and Hot Wheels have had a great relationship for the last decade, as Hot Wheels has produced at least one new Lamborghini casting every year since 2009 — a streak that unfortunately ends this year. However, before you begin to think Lamborghini is going the route of Ferrari, […]

Rediscovering your collection is key to your longevity in Hot Wheels collecting. I’ve said it time and time again. I have personally seen many collectors come and go, as to most of those collectors, its all about obtaining the latest releases that everyone craves — which will burn […]

Securing video game licenses has been a clever way to sneak some diversity into the #Hot Wheels Entertainment Line as the line heads for its fifth consecutive year in 2017 (now as “Replica Entertainment”). Many popular #TV & Movie Cars have been released — and rereleased — so it […]

WOW! Just wow! The brand-new Hot Wheels #Lamborghini Huracán LP 620-2 Super Trofeo has collectors picking their jaw off of the floor as this stunning #Exotic #Race Car has collectors busting open the packaging and grabbing the camera as the lines on this one just make you want […]